It’s an interesting tour to explore Dark cave in Phong Nha. Not just only sightseeing the Dark Cave, you can also enjoy exciting games of doing Zipline over river, bathing in the mud, doing kayak and swimming inside the Dark cave and on the river

The 10km-long Chay River is an estuary of Son River with a gentle stream flow, pure water and many species of endemic fishes like Cyprinus centralus, Cyprinus sp, Chela quangbinhensis and Hemibagrus vietnamensis. Chay River hides itself in Phong Nha forests with the Vom Cave system like Thien Duong Cave (Paradise Cave), Me Bong Con Cave and Toi Cave (Dark Cave), etc. Hang Toi (Dark Cave) was discovered in the years of anti-America resistance war by local people and used as a bomb shelter. This cave is a branch of Phong Nha cave system with 5,558m long and 80m high; the entry of cave is 30m high and 10m wide with heavy forest around the cave mouth. Hang Toi has a primitive beauty with thousands of several spectacular stalagmite and stalactites. This is a shelter of many species of animals like bat and swift, especially, Ha Tinh langur – one of primate species listed in the Vietnam Red Data Book. Especially, Mr. L.Deharveng, a Russian scientist, on January 9th 1995, collected, discovered and proclaimed a specimen of a species of new crab (called Nemoron nomas) in Dark Cave. This specimen is now being kept in the Museum of Zoology, the National University of Singapore.

It’s the group tour, so you will be on the bus with other tourists to Dark Cave, Phong Nha Cave and Paradise Cave.

6.30 AM the bus and tour guide will pick up at your hotel Hue City. Depart to Phong Nha, stop at La Vang holy land and then pass by DMZ of Quang Tri, the Macnamara electronic fence, 17th parallel, Ben Hai river, Hien Luong bridge.

Have lunch at the local restaurant in Phong Nha

In the afternoon: The bus will transfer to Zipline Center

You have about 2 hours for exploring Dark Cave, doing zipline, playing kayak and swimming here

Some activities in Dark Cave
– Do 400m zipline over the spectacular mountains and river
– Explore the Dark Cave with specialized equipment, swim in the clear and fresh Thuy Tien Lake. Soak in the mud as a ealth therapy.
– Kayak in the romantic Chay river, play with many intersting games in the river.
– Santo a sectaccula landing in the river and get ready for the new challenge.

Some notes:
– Bring your swimming suite and a towel with you for ziplining, kayaking, swimming, mud bathing and cave exploring. There are rooms to change your clothes there, but it’s better to wear swimming suite inside your body
– You can bring you cell phone to take photos, but only take them outside the area before you do zipline to the cave, then you have to keep them in your locker.
– Although there are lockpad at the Dark cave center, we recommend not to bring valueable things to this place. Leave them at your hotel or reception of your hotel or ask for the key at Dark cave reception
– Because it is the group tour with different people (they go to other caves) , so you have to follow our guide instruction.
– The tour includes almost everything, just bring some money for extra drink or tip for tour guide

Some photos of tours to Chay River – Dark Cave : 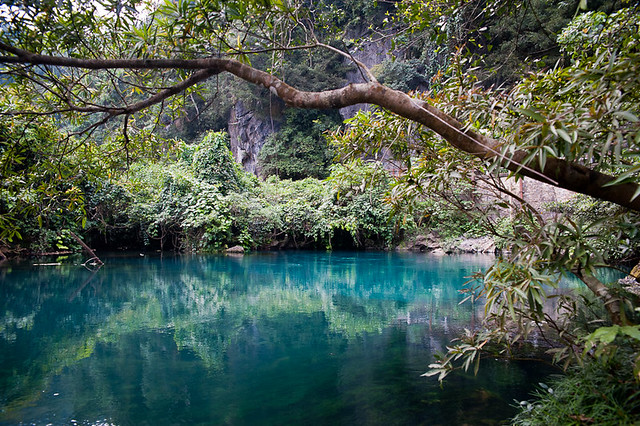 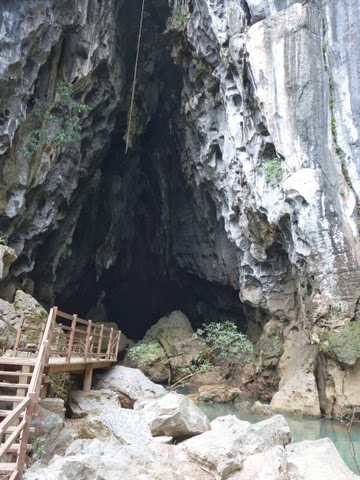