Son Doong Cave, a cave belongs to the Phong Nha-Ke Bang grotto system in central Quang Binh Province, has been discovered to be the biggest in the world.

Son Doong cave, discovered by a local 18 years ago, is more than 200 meters wide, 150 meters high, and at least 6.5 kilometers long, though the explorers said they were unable to explore it fully. Bristish explorers have recently discovered that So Dong is much larger than the world’s biggest known cave. The biggest section of Son Dong is five kilometers in length, 200 meters high and 150 meters wide, said Howard Limbirt of the British Cave Research Association team searching the area April 10-14, 2009. Son Dong is much larger than Deer Cave in Malaysia, currently considered the world’s largest, an explorer said (Deer is 90 meters wide, 100 meters high and 2 kilometers long). The Son Doong cave has replaced to take pole position as the world’s largest cave.

The Son Dong is situated below another cave in Phong Nha-Ke Bang, though its entry passage is very difficult to traverse. The exploration team said they had set foot on just 6.5 kilometers along the cave, as there is a large amount of fast flowing water inside Son Dong. It takes explorers six hours of walking through a 10 kilometer long forest path from Truong Son Highway to reach the mouth of Son Dong cave. The explorer added that the Quang Binh cave has beautiful stalactites and stalagmites that are not seen anywhere else. Phong Nha-Ke Bang grotto system belongs to the Phong Nha-Ke Bang National Park. It is a limestone region of 2,000 square kilometers in Vietnam and borders another limestone area in Hin Nammo in Laos. When describing the newly-discovered cave, the team’s spokesman, Haward Limbirt, said that it was a thing of overwhelming beauty and grandeur. He added that each grotto has its own beauty, but he is impressed by Ca Xai. This cave is near the Vietnam-Laos border. It is very deep and has a big lake inside. Explorers measured the depth of this lake, but they had only 200m of rope and the end didn’t reach the lake bed. The British team suggested to the local authorities not to develop Son Doong Cave as a tourism site immediately to preserve its natural beauty

Mist sweeps past the hills of Phong Nha-Ke Bang National Park, its 330 square miles set aside in 2001 to protect one of Asia’s largest cave systems. During the Vietnam War, North Vietnamese soldiers hid in caves from U.S. air strikes. Bomb craters now serve as fishponds. 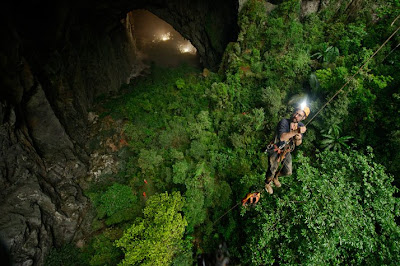 A jungle inside a cave? A roof collapse long ago in Hang Son Doong let in light; plants thickly followed. As “Sweeny” Sewell climbs to the surface, hikers struggle through the wryly named Garden of Edam. 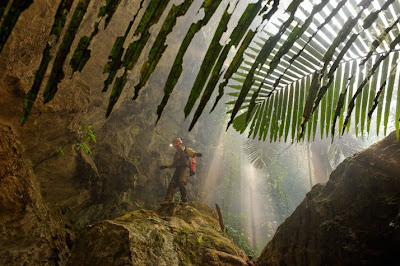 Moss-slick boulders and a 30-foot drop test author Mark Jenkins at the forest-shrouded entrance to Hang Son Doong. “Even though these caves are huge, they’re practically invisible until you’re right in front of them,” Jenkins says. Hunters have found caves by spotting winds gusting from underground openings. 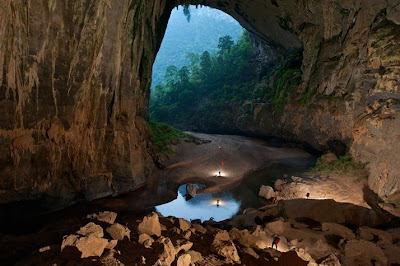 Going underground, expedition members enter Hang En, a cave tunneled out by the Rao Thuong River. Dwindling to a series of ponds during the dry months, the river can rise almost 300 feet during the flood season, covering the rocks where cavers stand. 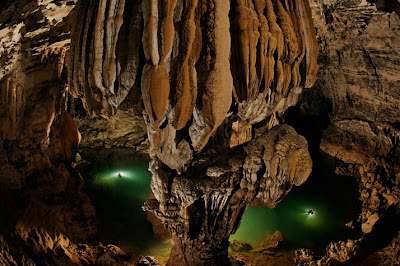 A giant cave column swagged in flowstone towers over explorers swimming through the depths of Hang Ken, one of 20 new caves discovered last year in Vietnam. 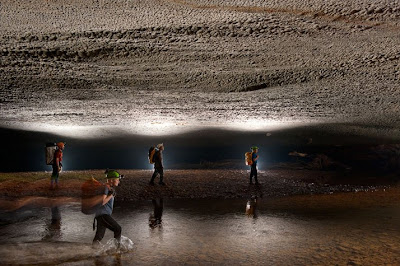 Headroom shrinks in the middle of Hang En as cavers pass beneath a ceiling scalloped by eons of floodwater rushing past. The river shortly reemerges onto the surface, then burrows into Hang Son Doong after a few miles. 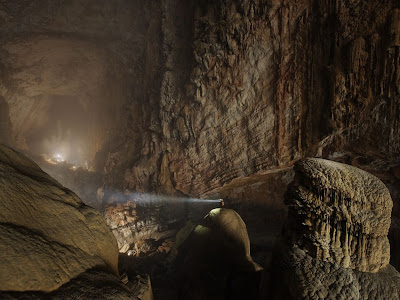 A half-mile block of 40-story buildings could fit inside this lit stretch of Hang Son Doong, which may be the world’s biggest subterranean passage. 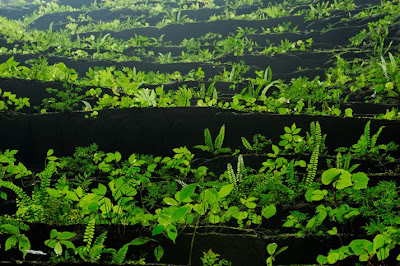 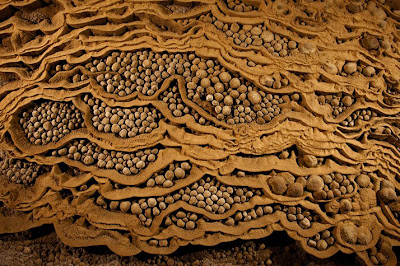 Rare cave pearls fill dried-out terrace pools near the Garden of Edam in Hang Son Doong. This unusually large collection of stone spheres formed drip by drip over the centuries as calcite crystals left behind by water layered themselves around grains of sand, enlarging over time. 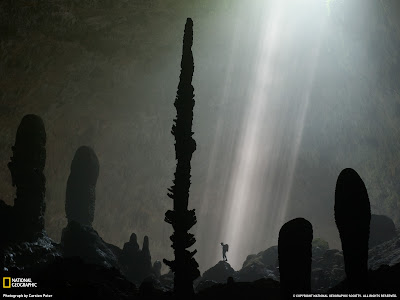 A climber ascends a shaft of light in Loong Con, where humidity rises into cool air and forms clouds inside the cave. 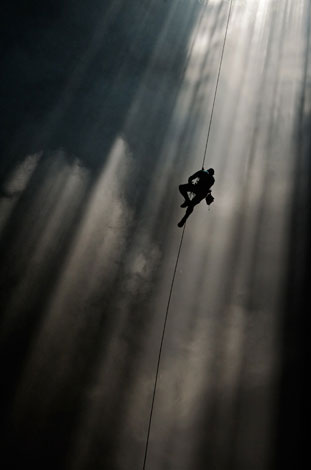 Streams of light from the surface unveil stalagmites fat and thin on the floor of Hang Loong Con. Cavers called the new find the Cactus Garden