Eight years ago a local man was cutting his way through the thick jungle high in the karst mountains near the Laos border, while looking for a certain valuable kind of tree for timber. Nearing a cliff face, he felt a strangely cool breeze against the hot humid jungle air. Further prodding revealed the source as a hole in the ground between moss covered boulders at the base of the cliff about a meter wide and twice that long. Using rope that he had with him, he lowered himself 10m down and only then got an impression that cave beneath extended into a vast chamber under the mountain.

Howard and Deb Limbert (see yesterday’s post) heard about the cave and launched a expedition to explore it. What they discovered was one of the world’s most beautiful large caves with a stunning range of rock formations, so much so they named it Paradise Cave (Thiên Đường in Vietnamese). At 35km, it is also the longest cave in the park, and until recently was thought to be the largest. *

The cave is now privately owned by a Vietnamese entrepreneur who has built paths up to the entrance, bought golf buggies to ferry visitors there, and a 1km long wooden walkway within it. We booked a tour that took us beyond the end of the boardwalk and deep into the cave. Normally, that would be a 7km trek into dark, but due to the recent flooding the cave sumps at 4km currently so unfortunately we’ll have to turn back before the doline just past the half way point. 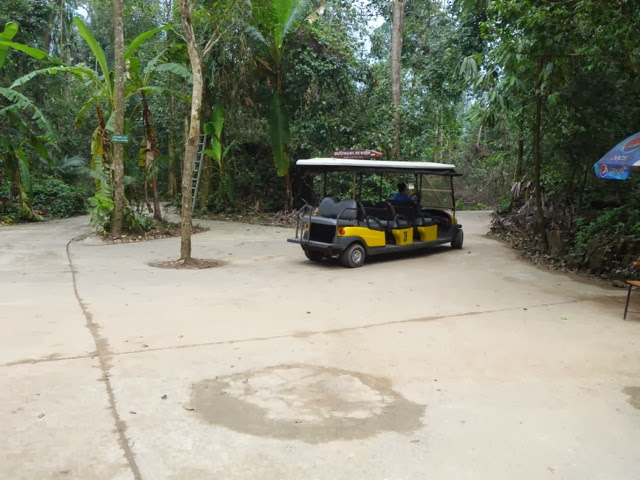 Easily missed – the dark area below the leaves on the left of frame is the original entrance to this very big hole. 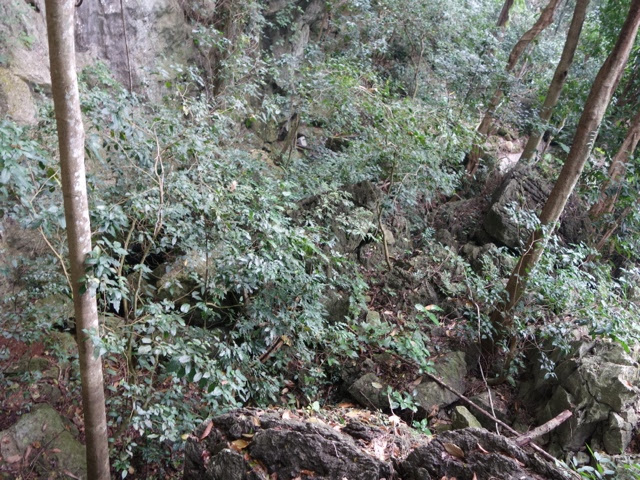 This towering stalacmite has almost reached the ceiling 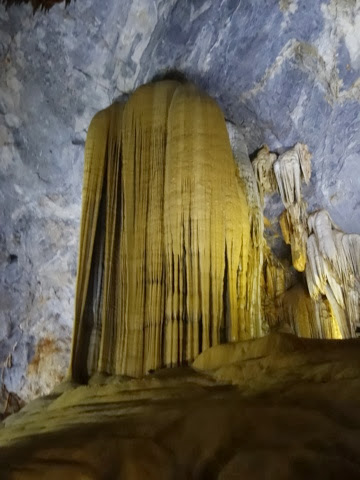 At the end of the walkway, we put on our head torches and step off into dark. 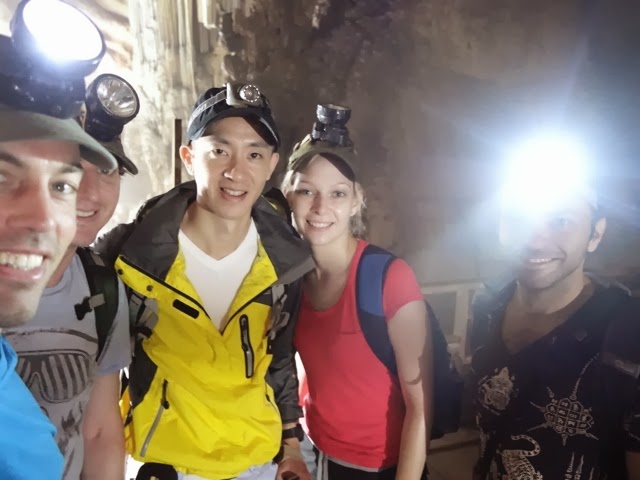 One small step for man… 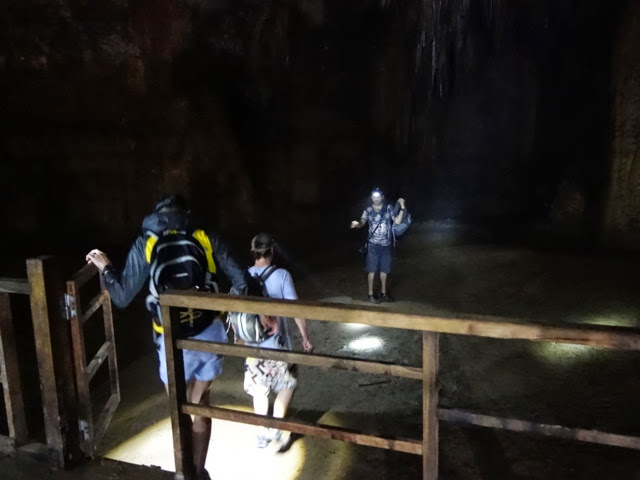 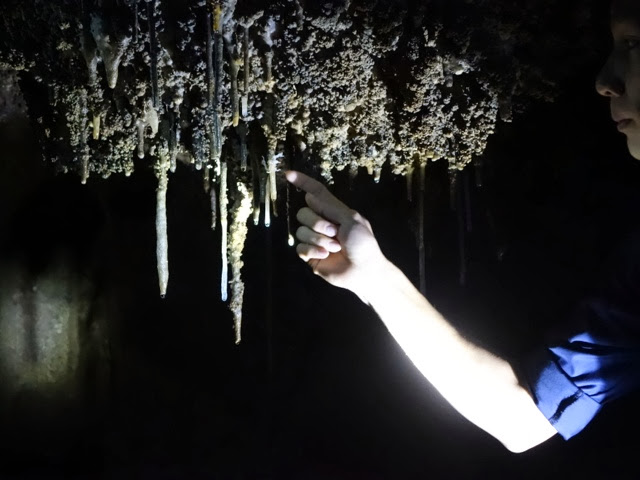 Paradise cave is like a dozen underground cathedrals strung together by watery passages, each one designed by a different architect, some grand and lofty, other grotesque. Baroque, rococo, classical, it’s all here. 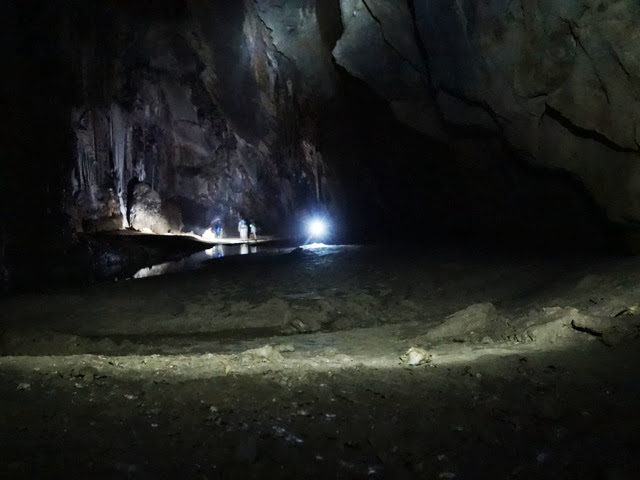 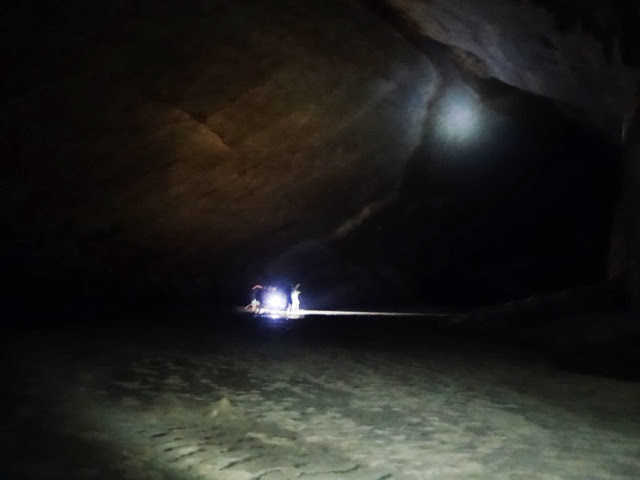 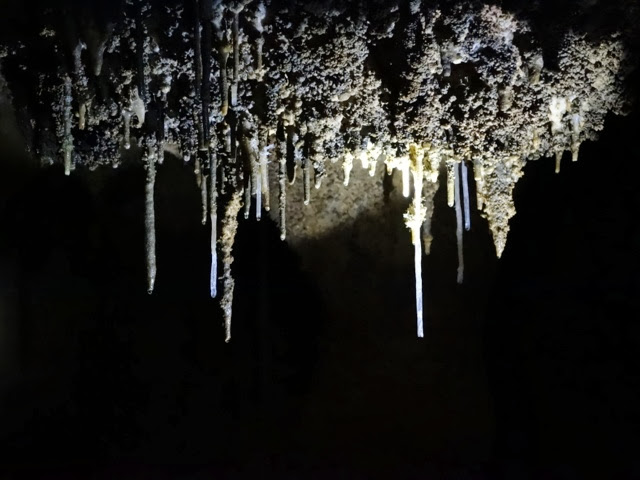 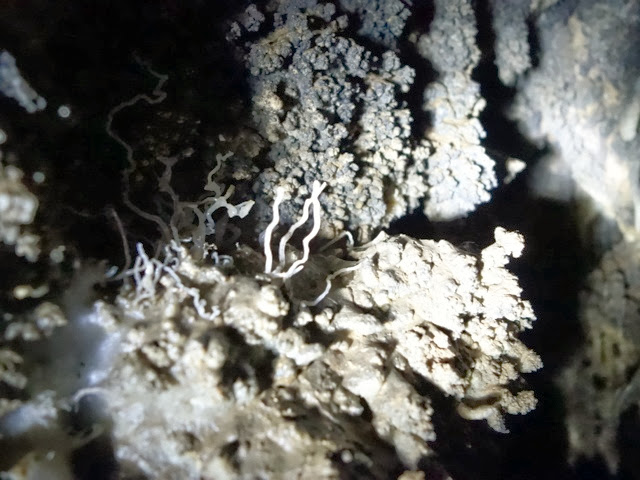 A fun game was to agree on a point in the distance further down the sandbank, turn off all the headlamps, then collectively try and get to it. My echo-locating bat-skills are clearly wanting though. I ended up knee deep in a hole, (the only hole) much to everyone’s amusement. 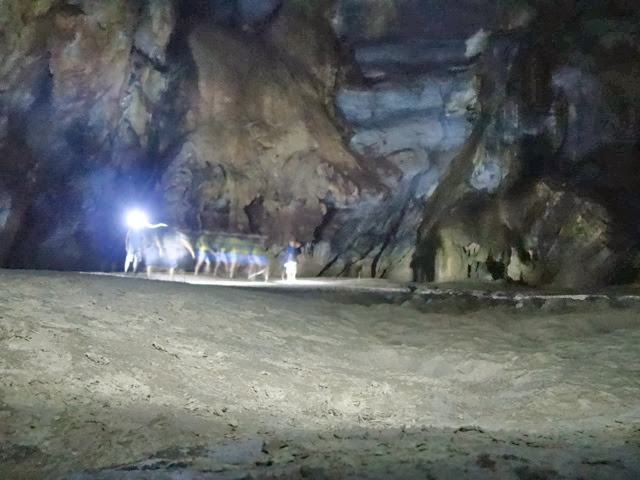 Only two of us braved the subterranean swimming experience. Again for a few moments, we switched off all the lights, and we swimmers were left out of our depth in a deeply disorientating, velvety black silence for a short while. A very unusual experience. 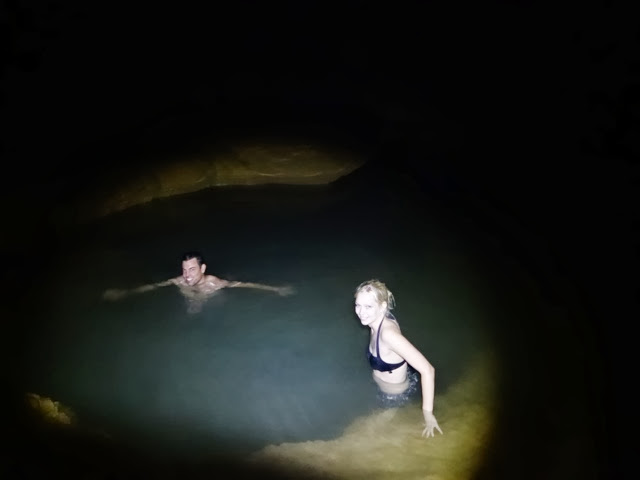 The entrance/exit staircase gives an idea of the scale of the first chamber. There are two other known entrances along its 35km length, but this is the only accessible to the public.